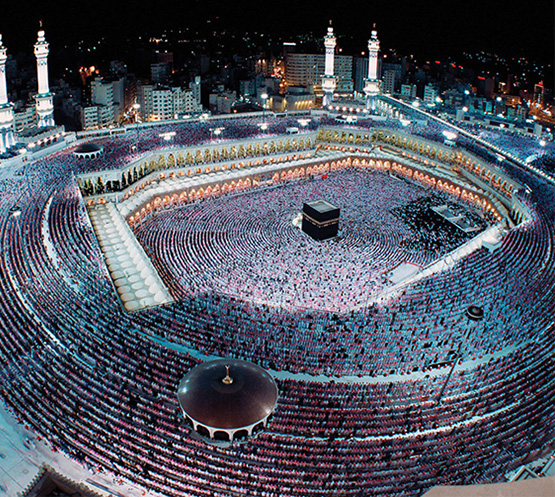 The industry is full of Hajj providers yet the London Travels Hajj and Umrah in 2020 gives non-shifting hajj packages of all to the potential pilgrims. We win the distinctions of all sorts and have left the hallmark as the best service provider in the market; our distinction has only been possible only because our clients are satisfied with our works and services for years. Our demands of providing Hajj services are famous in the London since we are operating for several years of customer satisfaction. We provide the best possible cheap hajj packages 2020 to our customers according to their need and requirement, once the customer is happy we are happy in this blissful business. Our professional and trained agents take the responsibility up the day you decide to visit us and assume to go for Hajj; our core is to get through your spiritual journey with peace and prosperity. The team of London travels gets you the best available 5-star hajj packages hotels residency during the Hajj; whichever Hajj packages of 2020 you are feasible with, we will be providing you best 5-star hajj packages, hotels or any other according to your package. We try to provide you with the budget-friendly guidance and your whole pilgrimage.

Hajj-related rituals are quite different than that of Umrah, so the importance and guidance regarding Hajj has also varied i.e. the procedure, visa applications location, luggage, expense, and everything. But nothing to worry about because London Travels helps you out in all the procedure if you are from the United Kingdom be it from any part of UK, we are here to get you to Saudi Arabia for Hajj in the best manner. Booking and details for the best Hajj packages UK are taken in advance, so the London travel agents get your homework of procedural matter done.

Potential pilgrims who want to go for the hajj either individual or along with the family may face the budget issues. Seeing these budget constraints, we design best possible hajj packages 2020 specialized in both family packages as well as the individual packages from London. We appreciate the advance booking and concerns for the Hajj in order to avail the low-cost budget of flight charges, early room booking of best hotel rooms. All these efforts are for our clients to make their pilgrimage smooth with all the ritual performances including the Tawaf of Kaaba, the night of Arafat and the sacrifice of the animal at Mina. We understand the idea of performing these rituals of every individual is quite different from each other because everyone gets physically exhausted and thus look for the ease and comfort in the services they get from the agency workings at Saudi Arabia. With our experience in this industry, we ensure to provide you with the comfort you look for, in this journey of hardship and struggle for spiritual relief we commit to buying your side while to gather the blessings of the Holy place of Makkah Madina. In this regard, we provide various best hajj packages UK including 15 days of Hajj package, 20 days of hajj package, and 24 days of Hajj package. Overall, we provide the quality services to our clients because once the client is content with our efforts, we are content.

We ensure you to get reasonable prices of your requirement and get the maximum with a minimum of budget strategy we implement to satisfy the needs of our clients. Hajj relies on the facts that one should be physically good enough if not then one should be able to afford the services required alternatively. In the second scenario, we the London Travel Hajj and Umrah provide you with the major concerns’ solutions.

Best Hajj packages UK of your need and demand are not easier to avail now since it is not easier to avail the packages within the affordability and other concerns which are offered to the customers. Whereas the London travels offers the potential pilgrim’s great guidance and packages for the Hajj 2020, earlier booking is appreciated for getting the best available in the minimum pricing category. Our agents make the reservations and accommodation process initiated once the decision of yours is done to be taken for the journey of Hajj. The results of the best hotels finding along with a quotation of prices are discussed with the customers so he/she may take the decision in a better way, having all the pieces of information on the table. Our staff will contact you for the better services, be it in a group or as an individual. The packages we made for the customers on personalization feature are the quality-based services. We aim to provide our customers with a soothing journey of Hajj 2020.

London travels takes the advantage to provide the best services to our valuable clients with remarkable services that we are providing for the last several years. We have separate categories from five-star hotels to the 3 stars with the best available service, we have categorized 5-star Hajj packages for the year 2020 with every tiny detail which is necessary to give the services in the best manner. We highly recommend you to get in touch with our agent for the requirements needed to be done so we can smoothly arrange the dealings from the departure from the UK to the arrival in Saudi Arabia and way back after completing the Hajj Mubarak. Moreover, we can arrange the departure of you from the nearest airport available to your town.

The London travels runs as an entity to give the services which are valuable to the clients with the extraordinary services for several years. We endeavor to accomplish the estimated expectation of clients of the budget and price related matters as well as the quality services to be provided once they land into that territory for the Hajj purposes. We have strong relations with the hotels in Makkah and Madina, such strong relations with our hotel partners give us an edge over our competitors in providing best services in your pilgrimage, we ensure that our clients receive the best services from our partners.

We also understand the travelling complications for the Muslims of the UK who travel from London to Makkah be individually or in the form of groups. We are taking care of all from the low-cost flights pricing to the Business class facilities to be provided as the main service in this journey. Those who are taking the service are needed to be informed and to be retained in contact for the dealings. Our aim is to make your journey to the Hajj to be with main dedication. If you are a well-off and affordability isn’t your main concern then the London Travels will recommend you to the five-star hotel deals which provide you with the best in ease. Even if you are a senior citizen and have medical concerns the five-star hotel packages in 2020 are the best in this regard as well. 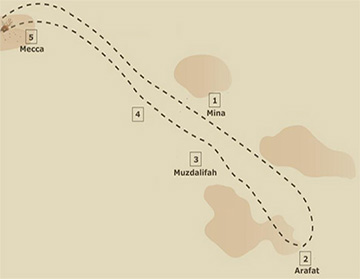 The London travels gives you the best quality services to the Muslims of the United Kingdom by providing the affordable and cheap Hajj Packages 2020. Visiting the holy place of Makkah is a blessing that has been given to the few; it’s a Muslim belief that the call of Hajj is decided by Allah SWT who chooses every year Muslims many millions for this opportunity to get on the journey of Hajj. We are the only facilitators in this blissful act of journey. Our facilitation provider will book your tickets from London to Jeddah airport but in case you are from anywhere town of United Kingdom, the London travels will also book your direct and indirect flights and guide you throughout by various methods. From the airport, the cabs or buses will be taking you to the Makkah, where the pilgrims may start their rituals of Hajj by circling the Kaaba for the 7 times which is called Tawaf and ask Allah SWT forgiveness and His boundless blessings. After which the pilgrims have to cross from the Safa and Marwa mountains. Once the pilgrims have completed these rituals they are now ready to take the next step which is going for the Arafat where the pilgrims seek the Almighty Allah’s forgiveness and offer salah and prayers for the rest of the day.

The very next step for the pilgrims is to stone the evil at Jamara’at. Where every Muslim as Hajj ritual has to throw 7 stones/pebbles at the devil whose pillar is made. The last stage of the Hajj performance takes place at Minna where the slaughtering of the animal occurs which is called as sacrificing, which is the Sunnah of Hazrat Ibrahim A.S. Hajis can also visit the Tomb of Hazrat Muhammad (SAW) during this period and can also visit Masjid-e-Nabvi, as a recommendation. The groups from the United Kingdom are advised to get the best packages available by the London Travels to give the best and cheap Hajj packages 2020; In this regard for any details call us now or write to us.

Why book from London travels Hajj, why not anyone else? 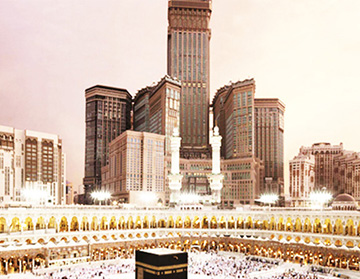 Information regarding Hajj Performance for women 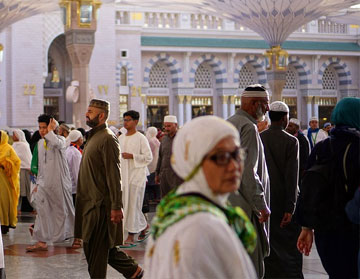 Women can perform Hajj along with men but there are certain rules specifically jolted down for the women as the specification. Foremost is the concern that the women can’t perform Hajj without the presence of men who is Mehram to them. In the British Law for Muslims, the age limit to accompany woman for Hajj is 18 years old at least or above.

Fake Mehram is not allowed to go with and is considered as a sinful act and is not acceptable by the Islamic laws and regulations. Besides those Women are not allowed to be loud in Ramal like men, Women are suggested to remain at the distance from Kaaba, if the Kaaba is crowded with the men. Even if the Maqam e Ibrahim is filled with crowd, women can offer nafal anywhere in Masjid ul Haram. They are suggested to avoid the crowd of men in any place during the rituals.

Hajj is the important pillar of Islam, it has been made obligatory for all those who can afford it be it a man or a woman; the condition is financial stability along with physical stability. When you are going to perform hajj e Umrah, you have to do the rituals of umrah that goes with four steps:

Once you are done with Umrah rituals, the Hajj rituals start where the person depart for Mina wearing Ihram, reciting Kalma Tayyaba. There would be an overnight stay in Mina and will offer the remaining prayers. After Fajr prayers in Mina, the Pilgrims will head to Arafat for Zohar and Asr prayers. From there they will move to muzfdalifa after sunset, where they will offer the Maghrib and Esha prayer and stay there for a night, during the stay there the pilgrims have to collect 49 pebbles for the upcoming day.

The next day is of Eid and the pilgrims will leave for Mina and offer Fajr prayer after that they will stone Jamaat Ul Kubra and perform Qurbani there, here the shaving heads for men takes place and women chop their hair few inches and then they go for the tawaf al Ifada. And offer two rakah nawafil at Maqam e Ibrahim. And they drink Zamzam as rites and again the 7 runs between safe and Marwa takes place there.

On the second day of Eid the pilgrims stone Jamarats 7 pebbles; from small to large. After this, the pilgrims go back to Mina for their stay. The 3rd day of Eid also goes like going to Tamarah for stoning and then coming back at last. Before leaving Mina the pilgrims have to offer tawaf ul Wadda (a goodbye tawaf), and here the rituals of Hajj end.

Stay informed about the latest on London Travel